Clifton Casey: How His Children Are Affected - Click to view video - Turn up the volume. 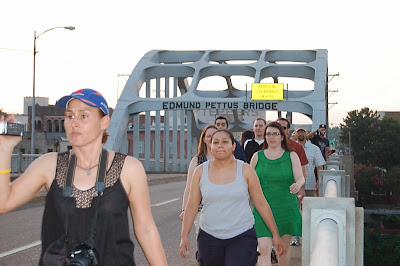 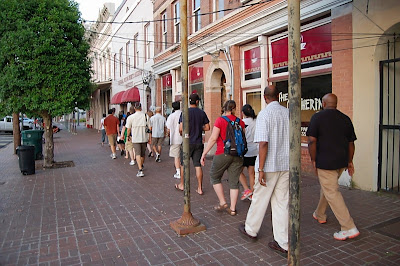 Leaving town to cross the bridge. We are under strict orders to walk two by two and "keep up!" 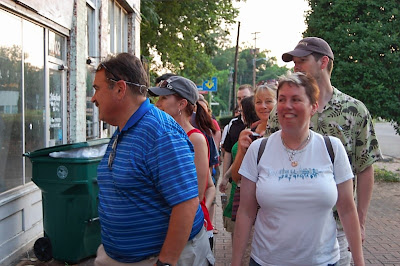 Waiting to cross the bridge. I don't remember what caught our attention in the window. Peter, Arlis, Doris, Terri, Aaron. 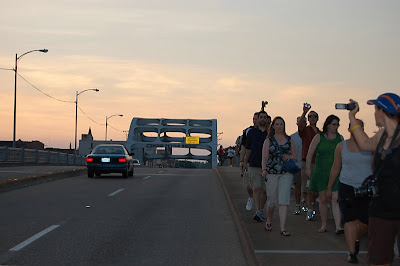 Twilight arrives as we walk. 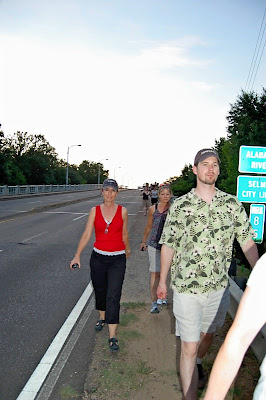 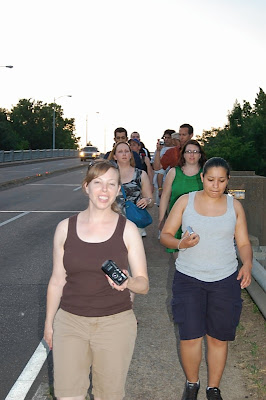 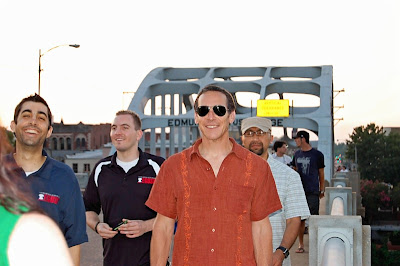 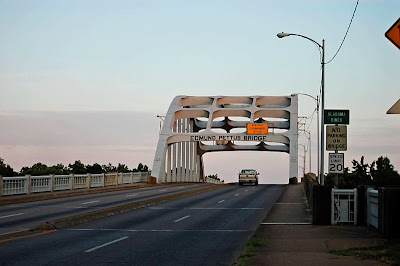 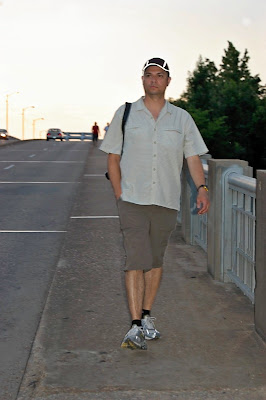 Steve
On Saturday, June 12th, our tour ended in Selma. The final event that Joanne Bland organized for us was the walk across the Edmund Pettus Bridge. (Edmund Pettus served as a Confederate general during the Civil War.) Each of us is experiencing the walk in our own way. In the photos, you'll notice some pensive and thoughtful, others trying to capture the moment for posterity on video or in digital photos. Many of us have smiles on our faces. It's not that we don't remember the violence that took place here. I think it must be that we can't believe we get to walk in history's footsteps. We are kind of thrilled at that.
Background:
In 1964 President Johnson signed the Civil Rights Act of 1964 which made segregation illegal. However, Alabama's Jim Crow laws remained in effect and many African Americans who tried to visit theaters and diners were beaten and arrested. Dr. King addressed a mass meeting in January of 1965 in defiance of an anti-meeting injunction. In February, Jimmy Lee Jackson was killed while trying to protect his mother and grandfather from troopers during a night time demonstration. In response, the marches from Selma to Montgomery were planned. The goal was to ask Governor Wallace to protect African American voters and to address troopers' orders during the demonstration in which Jimmy Lee Jackson was killed.
The Marches:
March 7, 1965 is known as "Bloody Sunday". Marchers left Brown Church and began to walk across the Edmund Pettus Bridge to speak to Governor Wallace. They were met, at the bottom of the opposite side by a wall of troopers across all four lanes of highway. They were told to disband, but leaders wanted to speak to troopers. After being told there was nothing to talk about, tear gas canisters were fired on the crowd and beatings began. The publicity from this violence brought sympathetic supporters and two more marches were organized. The third march drew around 8,000 people and they were able to spread their message without further violence. Following the marches, President Johnson met with Governor Wallace. I have a book that includes a fictional account of their meeting called I Wish I'd Been There, by Byron Hollinshead. It could have been truly fascinating to have listened in on that meeting. Johnson's bill, Voting Rights Act, would later pass Congress.
Posted by Arlis Groves at 3:14 PM

Labels: In a Nutshell 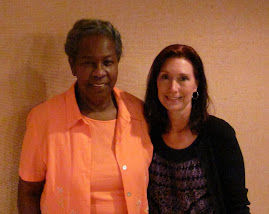 Myrna Carter Jackson and Me - For audio, go to http://www.archive.org/details/Mrs.MyrnaCarterJackson01